Update January 20, 2020. In May 2020 I will be 63 years old. I've followed earth science and nature since my early teens. Applied science is my passion. I read all of the literature on environmentalism for at least 50 years.

In August 2019 I came across a 1975 study National Academy of Sciences study "Understanding Climatic Change A program for Action".

I have the entire study and you can read it yourself. Download climate_1975.pdf. This is the basis I operate by. It exactly confirms what I learned in earth science.

I deal only in the scientific method. Where I live the government spent over $1 billion to rebuild a rural Southwest and Southside Virginia economy.

Millions went into "green energy" research, etc. "Experts" claimed this was the future. "Green" was the word for government money. "Experts" got rich.

The Virginia Tobacco Commission spent $100-$200 million on related Green programs. The results were predictable. I was proven right - 100% failure.

Some see Green as a key to political and social change. Others holding Nature as divine. We dare not defile the divine. Gaia must be left in a "pristine" state.

I'm not having any of this rubbish.

How about Exide Battery in Bristol Tennessee? They were awarded around $35 million under the guise of Green technology. Gone. $9 million awarded to a wholesale plant nursery to develop oil from switch grass? Gone. $100 million awarded to Green energy research centers including one here in Bristol Virginia? Empty.

It felt good. It satisfied a political agenda. They forgot the scientific method.

They failed to adhere to the scientific method. They were doomed from the start. To avoid more failure we have to return to non-politicized science.

I can hear the groans now - science. Not just fun stories of dinosaurs or pictures of cute little polar bears, but hard data and more data. Just because the data isn't what one desires doesn't change the data. You never alter the data. That is scientific fraud.

Above are the vast healthy forest that cover 90% or more of Appalachia. In this case my hometown of Norton, Virginia. The strip mines have long grown over and the region is awash in deer and black bear - in fact some areas are getting overrun.

In East Tennessee bears are invading towns and have to be shot. We have so many auto accidents involving deer I drive home slowly from work after hitting three myself. When I grew up in the 1960-70s we were warned ecological collapse was due any day.

Why as a Bristol resident should we be concerned with climate change hysteria? For the last 50 years it has been ecological collapse any day. The proposed solutions would do zero about climate anything. It would further destroy what little of rural America globalism hasn't already destroyed.

It confirms what I already knew - 2019 climate claims are a fraud. They altered the earlier data. It was far warmer in the 1920-40s than today. The following graphs are taken from the study and the latter 2 from NASA in 1999 and altered data for 2019.

It is not primarily the advance of a major ice sheet over our farms and cities that we must fear...it is persistent changes of the temperature and rainfall in areas committed to agricultural use...Because world grain reserves are but a few percent of annual consumption, an unfavorable crop year, such as occurred in the Ukraine in 1972, has immediate international consequences. The current drought in parts of Asia and in central Africa is producing severe hardship and has already caused the migration of millions of people...

Wait a minute, I thought droughts were caused by CO2! Yet we got the same droughts today before 1975. We have grain surpluses today nobody expected in 1975 - just the opposite. 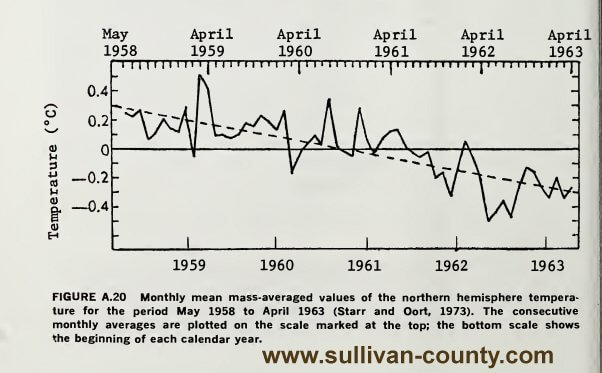 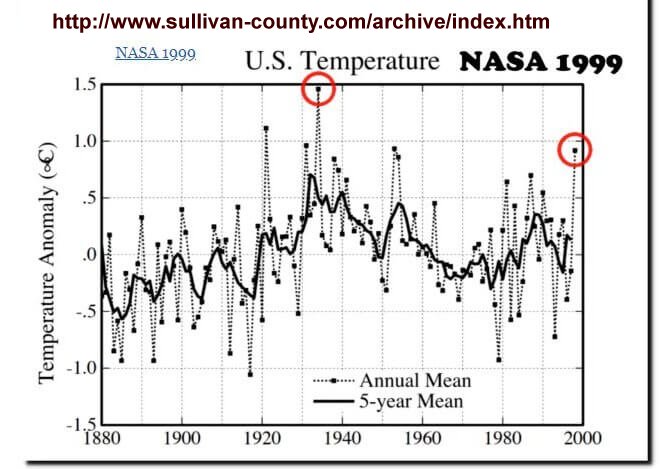 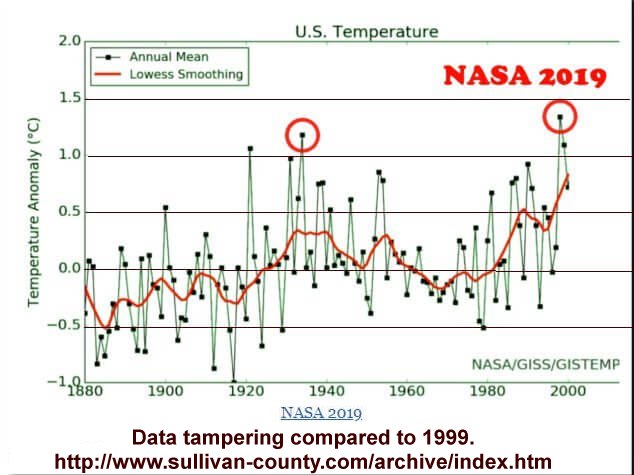 Summary: Coming of age in the 1970s I grew up reading about impending ice ages, mass starvation, resource depletion, etc. 50 years of alarmism and failed predictions is why I'm skeptical of such claims today - I believed them then, not today.

With a broad background in science and technology I'm a stickler for the scientific method, not merely "authority". I hate religion and religious concepts. Technology and economic freedom are key to solving many of our problems in relation to the environment.

This is a story of my journey to skeptic to what has become to me a another failed ideology. Climate change is the latest iteration of a decades old desire to re-engineer society. To found a new belief system more in tune with New Age spiritualism and deadly opposed to traditional Christian and Western culture.

The Bible with a transcendent deity places man above Nature; the new Green faith places the Earth (Gaia) above humanity.

For the record I am NOT a Christian and never have been. I'm a rationalist. I believe in science and technology, not the corrupted nonsense that passes for government funded science today. Science is often funded to get an expected result to justify desired public policy.

Prior to the Manhattan Project that gave us the nuclear bomb under FDR, science research was funded by private money - America was the greatest innovator in the world.

Two books stand out as to why I consider environmentalism not science but religion. Al Gore's Book Earth in the Balance (1992) proves conclusively in his own words he is on a religious crusade. I own the book.

Another influence is The Ages of Gaia (1988) by James Lovelock. He addresses how his Gaia hypothesis has become a religion. Yes, he uses the word "religion" - his words not mine. This was to defend his original book Gaia, a new look at life on earth. (1979) 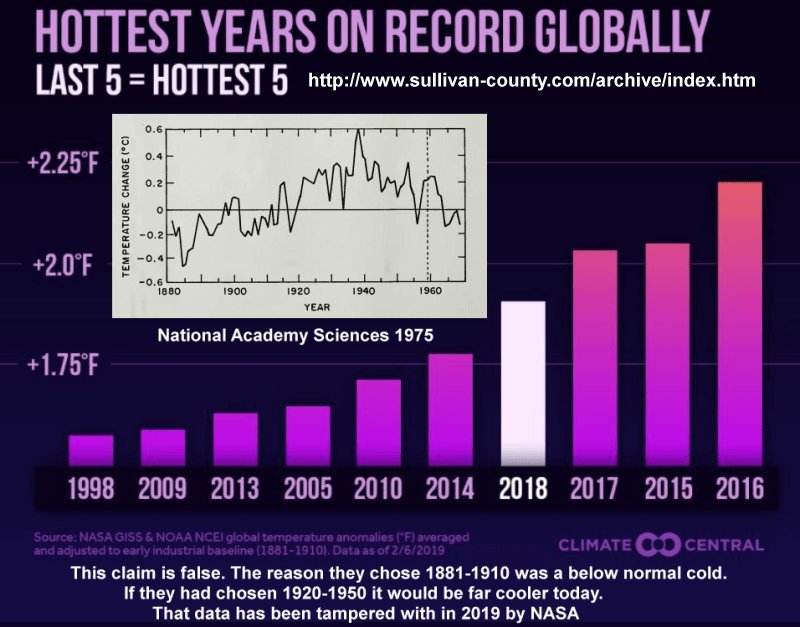 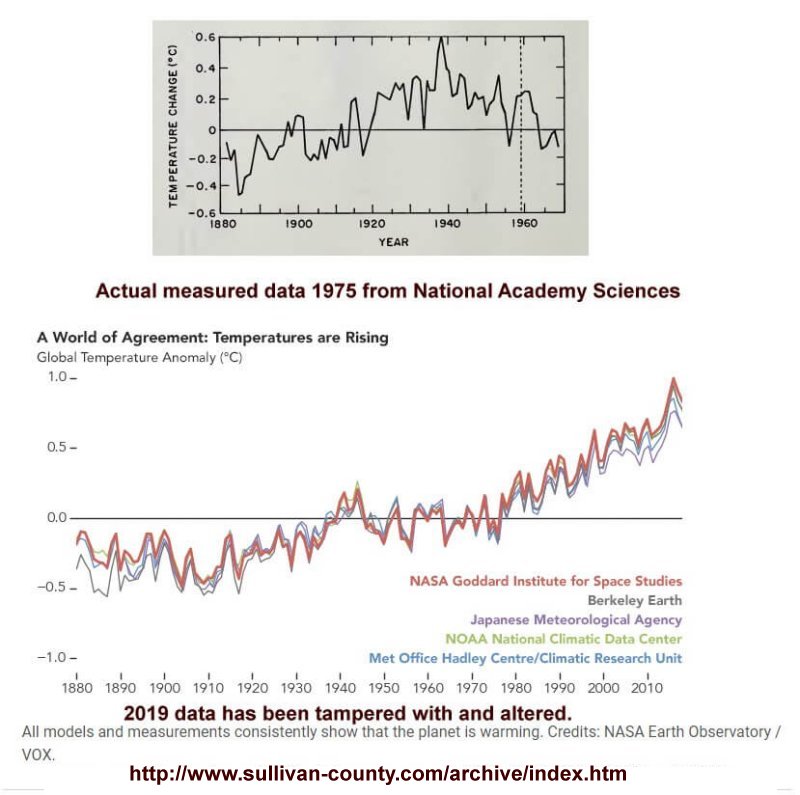 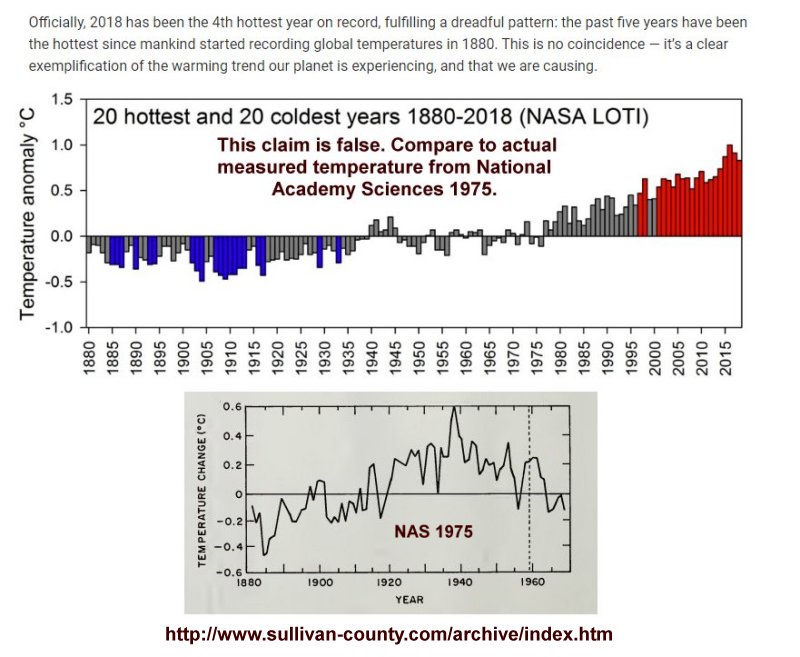 10% of the earth's water is water vapor. Plants use water for photosynthesis which releases water into the atmosphere through. Plants produce water vapor as does the oceans and surface water evaporation. More vegetation more water vapor more LOCAL climate variation, more water more plants, etc. The process is known as transpiration.

CO2 is 400 PPM depending on temperature. Warm water holds less CO2 than cold water. The atmosphere is 0.04% CO2.