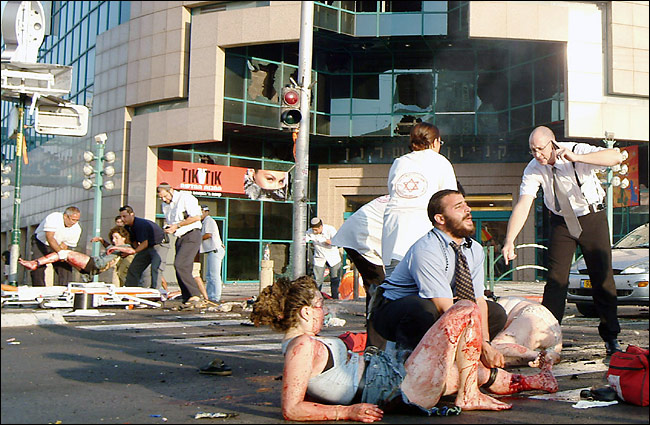 Bristol Pastor Speaks Out on the Walid Shoebat Affair

When you intentionally falsify the teachings of a religion you disrespect that religion, even when your intent is to improve the popular image of that religion.

Suppose that someone trying to make a group of Muslims friendlier towards Christianity said to them, "Despite what you have heard, Christians do not really believe that Jesus is the Son of God." That person would be disrespecting Christianity.

The Quran consists of praises of God much like our own Book of Psalms. It contains virtually no historical or biographical material and few commands or instructions.

These matters are covered by Islam's secondary set of scriptures, the Hadith, which are accounts of things Mohammed said and did. Virtually all Muslims take Mohammed's commandments and moral assessments, and the precedents his own actions set, as indisputably authoritative regarding what is right and wrong.

Their reference is Quran Sura 59:7, which reads: "Whatsoever the Prophet gives you, take it, and whatsoever he forbids you, refrain from it."

One very revered and universally accepted Hadith describes Mohammed's treatment of the Banu Quraya, who lived near Medina. This desert tribe chose to fight when Mohammed led a campaign against them for breaking a treaty of military cooperation.

They surrendered only after their situation became hopeless. Mohammed had them chained and placed in a ditch and then ordered all the men, who numbered around 700, decapitated, and all the women and children sold as slaves except for a few he kept for himself.

By way of contrast I might note that Jesus Christ never had anyone decapitated, nor did he ever own or sell a slave, neither did, as far as we know, any of the Twelve or Paul.

Christianity had always prohibited actual slavery despite claims to the contrary. The King James Bible correctly translates the Greek word "douloi" as "servants" in Ephesians 6 and Colossians 3 when douloi are told to obey their earthly masters, though other translations render "douloi" as "slaves." The reason is that Luke 12:45 and Ephesians 6:9 forbid masters to beat or otherwise physically abuse douloi or to threaten physical abuse.

Physical abuse is the essence of slavery: We do not call professional athletes "slaves" even though their labor can be bought and sold, for the reason that their earthly masters cannot compel their labor only trough monetary penalties. The proper understanding of Luke 12:45 and Ephesians 6:9 is that they prohibit Christians from treating douloi as slaves.

Walid Shoebat spent all of a recent Sunday at Antioch Baptist Church. He spoke formally at three services and informally with groups in between, including at a luncheon. He asserted the critical importance of the Hadith regarding the Banu Quraya.

The Byzantine Empire came to an end in 1453 when Ottoman Sultan Mohammed II (aka "Mehmet II") violently took Constantinople, known as "Istanbul" today. By this time the Ottoman sultans had, with the world-wide assent of Sunni Muslims, assumed the title of "Caliph" which is Arabic for "successor" and denotes the person Sunnis consider the Successor to Mohammed with both his doctrinal and political authority.

I ask you to form a mental image of newly fatherless, naked children, numbering in the tens of thousands, screaming as they are separated from their mothers and put in chains before being loaded into the bilge-laden holds of ships - all of this ordered by the person Sunni Muslims at the time considered to be the Successor to Mohammed, following a precedent Mohammed himself created and which Muslims throughout the world consider authoritative.

The Crimean Khanate was an Islamic state north of the Black sea during the late Middle Ages and early modern times which enslaved Slavic peasants, mostly Ukrainian, and sold them in Islamic countries to the south. This enslavement continued right up to the Khanate's fall to Russia under Czarina Catherine the Great in 1787. Historians place the number enslaved at around 3 million.

The Atlantic voyage of slave-ships from Africa was horrific, but the forced march of the newly enslaved across the Sahara to the Islamic states to the north was worse, and lasted into the 1950s. Historians estimate that nearly 5 million black Africans died along the way.

Add to this the common Islamic Arab practice of eunuchizing slave boys. Scientists estimate that nine out of 10 did not survive the crude operation. (Needless to say, there was no anesthesia.)

Is it hate speech to relate the foregoing? No, it is instead disrespectful of Islam to say that these things should not be related.