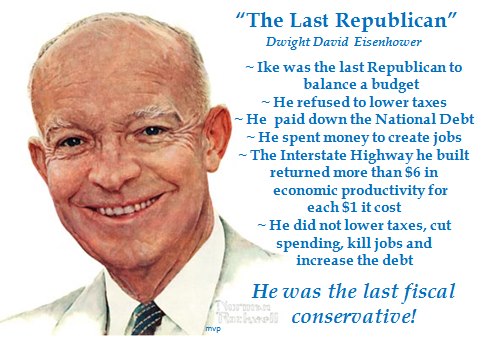 I am contacting you today to urge to you attend the next Washington County Board of Supervisors meeting, Tuesday, August 28, at 6:30 pm, at the County Administration Building, 205 Academy Drive, Abingdon VA.

As you know, Patriots of Washington County VA collected and delivered to the Board nearly 4,000 signatures (3,960) on a petition urging the Board to stop the purchase of the former Alpha Natural Resources office building at exit 14 for their new county offices. This outrageous and unnecessary purchase will add approximately 16 million dollars (principal and interest) in debt to our county which, in turn, will increase taxes for county citizens in what is already a downward spiraling economy.

It would have been disheartening had the Board given us a negative response to our petition. But what's even more disturbing is that we received no response to it at all. We were even outrageously accused by the Chairman, when exercising our constitutional right to petition, of being 'borderline unethical.'

You elected the Board of Supervisors to represent and protect the best interests of you and your family as citizens of this county. As seen by the lack of interest in the concerns of Washington County citizens by the majority of the current Board, it appears that they have failed in that respect.

The county has proceeded with the purchase of the Alpha Natural Resources office building. However, Mr. Bill Gibson, Washington County Supervisor, Madison District, as promised to the constituents in his district during his campaign, will present to the Board for their vote on Tuesday his request to stop the planned move to the new county office building this fall and devise a plan to either sell the building or convert it to an income producing rental property.

It is pertinent that as many county citizens as possible gather at this meeting to support Bill Gibson and demonstrate to the Board our dismay at their lack of response to our petition and lack of concern for what's best for the citizens of Washington County.

At the meeting they presented the petition and almost won the vote 3-4 to ditch the $4.4 million Alpha building, which will cost the County almost $20 million in interest and upgrades. That includes $16-$18 million over 30 years plus about $2 million to renovate. They already had a lease for $1 a year on their old building, which operated just fine. No wonder residents are so angry. They crashed the Board of Supervisors meeting as reported below.

Note the Washington County Board of Supervisors are mostly Republicans. August 29, 2012 from the Bristol Herald Courier:

...after an hour-long closed session (meaning backroom dealing), (they voted) in favor of Supervisor Dulcie Mumpower's motion to "terminate (Boss) Mark Reeter as an involuntary separation" ... (Boss) Reeter, who was not present, had served as Washington County's assistant administrator (since) June 1995...After the meeting, (New Boss) Straten said Reeter's dismissal was not the result of any board member's action but that concerns had been raised two months earlier. (Would you like to tell us what that is Boss Straten? Residents have been raising concerns over the entire BOS for two decades.)

Wilson District resident Larry Hines led a group of about 60 members of the Washington County Va. Patriots - many wearing tea party T-shirts - who demanded that the county sell the Alpha building and keep county administrative offices in the current Academy Drive quarters. Standing on a stepladder and using a portable loudspeaker, Hines told the board he had brought almost 4,000 signatures on a petition opposing the project and the its tax impact on county residents.

Hines complained that county officials had been influenced by lobbyists to support the Alpha building "so that Mr. Reeter could have a corner office with a window on either side. ... We have come here to take back our government, one county at a time."

Madison District Supervisor Gibson, who said he signed the Patriots petition, and Monroe District Supervisor C. Wayne Stevens Jr., together offered a motion to sell the former Alpha Natural Resources headquarters building or turn it into a revenue-producing facility. Gibson said the decision disenfranchised county voters because "of the secrecy behind the vote to purchase this building."

"We're demonstrating our Constitutional right to disagree with what our elected officials have done," said Clyde Rasnake, a county resident and one of the dozen or so Southwest Virginia Tea Party Patriots who turned out to protest the building's dedication. The protestors held and stood by signs reading "Tell your Board of Supervisors to stop the spending madness" and "We don't think we should've spent $20 million on this building."

"Everybody has a budget to live by," said Kent Martin, of Glade Spring. "I just don't think they should've spent $20 million when they had a place to put it." Paul Cline, who lives in Bristol, Va., said he was protesting to support his fellow tea party members in Washington County, Va. "I'm here because, well, if they can do it to you guys, they can do it to us," he said. "And the government seems to have been doing it to everybody."

Read the full story at the Bristol Herald Courier.

What does the local press say about how business is done in Washington County, Virginia?

The decisions, however, were made largely behind closed doors, with the single public meeting on the purchase held in a conference room and without advertisement. The perception that the decision was made without any public input seems to have stirred more anger than the purchase itself.

I was present at that meeting. They lied to the very end.

Do you realize there has been zero job growth in our county in the last 5 years?

Are you aware that our county median household income growth has decreased 50% relative to the State of Virginia in the last 10 years?

The Alpha building conspiracy would cost taxpayers in total $20-$30 million if we include interest on borrowed money, free land, and assorted kickbacks in Bristol, Virginia. Now with huge declines hitting the coal industry what will Alpha do? They were given these massive public subsidies on the promise of new jobs, won't happen again. Will we see one dime of that public funding returned? Do I really need to answer that?