Google the term "definition multiculturalism" to get a concise definition, instead we get vague nonsense.

1. "Term used to describe many cultures and learning to get on with one another with mutual respect."

2. "stressing the importance of different cultures, races, and ethnicities."

3. "refers to a policy developed in the '70s by Australian governments looking for a way of replacing assimilationist policies. It was based on the belief that society would work better if people felt their cultural beliefs were respected and that they did not have to abandon their values to be considered good Australians."

4. "refers to a belief or policy that endorses the principle of cultural diversity and supports the right of different cultural and ethnic groups to retain distinctive cultural identities. It has often been criticized for being too symbolic and not politically radical enough in challenging racism."

5. "the doctrine that several different cultures (rather than one national culture) can coexist peacefully and equitably in a single country"

6. "Multiculturalism is a policy, that emphasizes the unique characteristics of different cultures in the world, especially as they relate to one another in receiving nations. The word was first used in 1957 to describe Switzerland, but came into common currency in Canada in the late 1960s. It quickly spread to other English-speaking countries." www.wikipedia.org

Wikipedia has the most extensive entries on the term, but the whole page is disputed and again is just too vague. It does point out endless controversy from various groups. The history is obvious, being little used before the 1960s, then entered Canada and spread everywhere. None of this connected it to the real overall agenda. Let's see if we can construct a real intention here.

#1 and #2 are just unrealistic utopianism. In the real world this just doesn't happen. (Think of Lebanon and Yugoslavia.) #3 says it was developed by Australia, #6 says Canada. Regardless, it's a government policy (#3) to end assimilation, based on the unrealistic utopianism belief of #1 #2. But it doesn't answer who believes this. This obviously refers to immigration.

Definition #4 gets more strident: these groups all the sudden have some "right" to retain whatever "culture" they have, but then it enters into the race issue. This is absurd, first we start with culture that anyone could change, then we get into race which nobody can change.

Many Muslims whine that anyone opposing Islam is racist, but Islam is a religion, not a race. I can see how so many graduates of our elite colleges get so confused on these things. #5 makes it clear someone desires several "cultures" exist in the same country "equitably." But what does that mean? In the US all citizens are already "equal" before the law.

Professor Gregory Jay of the University of Wisconsin--Milwaukee claims multiculturalism came into widespread use in the 1980s, at least in public education. But he points out (indirectly) of the racist nature of multiculturalism attacking so-called "Eurocentric" bias. 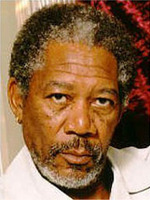 By 2006 decades of racist quotas, racial social engineering, etc. had failed and most Americans no longer even cared. The great actor Morgan Freeman said it best to Mike Wallace in December 2005 when he called Black History Month "ridiculous" and told liberals to basically end this endless racial labeling and identify people as individuals, not collectively in some special racial group.

Bill Cosby in 2004 told black America to start acting in a responsible manner and end this crude black culture. In other words, cultural assimilation would go a great way in ending economic inequality. Adopt the plain-old American ethic of hard work, education and thrift. And it does work as millions of Asian immigrants have proven.

David Horowitz in Up from Multiculturalism (1998) calls multiculturalism, "two lies in one word, " its "agenda is the deconstruction of the idea of American nationality, in the service of the mindless, destructive, never-ending radical assault on the capital of the democratic world...Multiculturalism is the team banner of the hate-America Left."

As Horowitz properly concludes, "America has been the inclusive multi-national, multi-ethnic society, unparalleled in all human history in its success in integrating diverse communities on the basis of an ideal of equality. This success has been predicated on an American culture (not a multi-culture) that makes that integration possible and sustains that American idea.

Multiculturalism is the "view that everyone (except white people), and every culture (except Western culture) is equal, and deserves equal respect. The culture arrogantly called Western Civilization is exclusionary and has to go."

Marxism was concerned with economic issues, not culture as such. Socialism was not invented by Marx. Quoting Lenin, "the three sources of Marxism are: British political economy, French Socialism and German idealist philosophy." (www.marxism.org) In other words, Marxism, socialism, etc. in its various forms is the product of upper class intellectuals and academic elitists. Marxism was never widely accepted by the working class unless conditions were so desperate they had no choice.

This was a very big problem for the left in general. The working class just wasn't rising up to destroy capitalism. They got a Marxist government in Russia in 1917, but it failed to spread. It failed in Berlin and with the Bela Kun government in Hungary. Antonio Gramsci in Italy and Georg Lukacs in Hungary, two Marxist theorists, thought they had the answer.

Gramsci believed workers didn't know what was good for them. They were "blinded" by religion and western culture in general. Lukacs, said in 1919, "Who will save us from Western Civilization?" They theorized that the great obstacle to creating of the great Marxist paradise was the culture was Western civilization itself. The entire culture had to be destroyed, in particular Christianity.

In 1923 in Germany, a think-tank was established by German millionaire Felix Weil. It became the Institute for Social Research or the Frankfurt School because of the association with Frankfurt University. It was supposed to be called the Institute for Marxism, but they wanted that kept out of the public eye. Marxism had failed economically, now was the time for "cultural Marxism." By 1930 this "school" combined Marxism with Freudism, producing so-called "Critical Theory."

Critical Theory calls for the most destructive criticism possible, on everything western, designed to bring the current order down. They don't bring Marxism up, just a constant drumbeat of anti-western hate under the guise of human rights, social progress, etc. This is always applied to western countries such as the US and Israel, but never to communist China in Tibet or to Arab terrorist states. Christianity and Judaism face endless attacks, radical fundamentalist Islam is protected.

Think about what's going on here. Multiculturalism discourages assimilation based on the irrational claims all cultures are equal. If that was true, why are millions fleeing their advanced cultures of tribalism, socialism, and general third-world failure to move to western nations?

Also, why create "balkanized" groups of often incompatible cultures in western nations? It will lead to their breakup, wreck their economies, etc. Marxism in its various forms is apocalyptic - awaiting the fall and ruin of western society to usher in the one-world socialist utopia. Political correctness assures the process goes unquestioned.

I don't believe this is some conspiracy. Much of our academia is hostile to traditional western culture for a variety of reasons. Because they have a mostly unfettered access to American youth, in particular upper class college students, they have devastating power to influence much of the public outlook.

Let's face the fact these students (Harvard, Yale, etc) often inherit the success of the parents, that got them into these institutions to begin with. Thus they "control" the media, arts, government, etc. These positions are not open to two-year college graduates or those with just high school.

I'll be clear I don't buy into these conspiracy theories put out by Bill Lind (The Origins of Political Correctness) and Pat Buchanan, both often have anti-Semitic undertones. As for the 60s sex liberation being part of Freudism and Critical Theory, these have been tendencies among the "filthy rich" for centuries.

Like most words, "multiculturalism" needs to be understood from both an historical and a conceptual perspective. Historically, "multiculturalism" came into wide public use during the early 1980s in the context of public school curriculum reform. Specifically, the argument was made that the content of classes in history, literature, social studies, and other areas reflected what came to be called a "Eurocentric" bias.

Few if any women or people of color, or people from outside the Western European tradition, appeared prominently in the curriculums of schools in the United States. This material absence was also interpreted as a value judgment that reinforced unhealthy ethnocentric and even racist attitudes.

Observers noted that teaching and administrative staffs in schools were also overwhelmingly white and/or male (whiteness being pervasive at the teaching level, maleness at the administrative level, reflecting the politics of gender and class as well as race in the educational system).

Eventually parallel questions were raised (once more) about the ethno-racial or cultural biases of other institutions, such as legislatures, government agencies, corporations, religious groups, private clubs, etc. Each of these has in turn developed its own response and policies regarding multiculturalism.

Finally, "multiculturalism" may also have become a popular term as "race" lost much of its former credibility as a concept. Scientists agree that, in terms of DNA genetics, "race" has no significant meaning as a way of categorizing human differences.

Intermarried families offer the puzzle of a parent and child considered as belonging to two different races--clearly an absurd idea given that race was thought of as biologically passed from parent to offspring. Thus "culture" began to replace "race" as a term for distinguishing among distinct human groups.