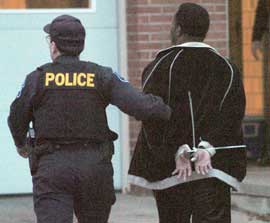 At approximately 3:00 p.m., officers responded to a report of a domestic dispute at 508 E. Fairview Avenue. The victims of the incident reported that Ms. Crawford had arrived at the scene, and after arguing with them outside, made entry to the home without permission.

Once inside, Ms. Crawford engaged in a physical altercation with the victims, one of which was a 4-year-old child. Officers located Ms. Crawford a short distance away from the residence, and found her to be unsteady on her feet, slurred in speech, and smelling of alcohol.

Police arrested Ms. Crawford and transported her to the Washington County Detention Center, where she was held on a $30,000 bond. Arraignment was set for 1:30 p.m. on 5/27/2014 in Washington County General Sessions Court.

On Saturday May 31, 2014, at approximately 8:45 PM, officers of the Johnson City Police Department arrested Stephanie Duggar, 28 year old w/f of Johnson City, TN. The arrest stems from an investigation of an aggravated assault (domestic) that occurred at 502 Swadley Road in Johnson City.

Duggar was involved in a domestic dispute which she is believed to have struck the victim in the head and caused a laceration to the victim's back. Duggar is being held at the Washington County Detention Center in lieu of bond and is scheduled to appear in Washington County General Sessions Court Monday, June 2, 2014, at 1:30 pm.

On 6/4/2014 officers of the Johnson City Police Department arrested Gerald A. Biauce, of Johnson City, TN, a 30 year old male, on the charges of Felony Possession of Schedule VI Narcotics (Marijuana) for Resale and Unlawful Drug Paraphernalia. Officers responded to a 911 call about a suspicious and possibly intoxicated male at 150 W State of Franklin Road, Downtown Square.

The defendant was charged with Felony Possession of Schedule VI Narcotics (Marijuana) for Resale and Unlawful Drug Paraphernalia and transported to the Washington County Detention Center where he is being held on $11,000 bond and awaiting a court hearing on 6/5/2014 in Washington County General Sessions Court.