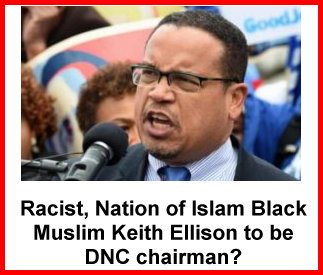 Islam is more a political ideology dressed in some religion borrowed mostly from Judaism. I don't think the actual figure of Mohammed really existed as the stories and myths about him were written centuries later - the same problem with Christianity and Judaism.

The violence we see today is Islamic fundamentalism and in combination with Nazism the Muslim Brotherhood. This doesn't mean every Muslim is a terrorist, but I see little evidence within the community to renounce this problem - too many are silent.

This is made worse by the Islamiist' alliance with Leftism to destroy Western Culture. Yet one rational Muslim said the following:

How many scientists, astronauts, biologists etc. do we find from our Muslim background? General senses and statistics tell us about 95% scientists and astronauts are from the White and Christian backgrounds and about 4.9 % from other backgrounds. Aren't these innovative people making the world smaller and smaller with their wits? I think I am absolutely right on it. Where can I find Muslims amongst those creative people? Are we Muslims still proud of being nothing?

The modern equipments, automotives, appliances etc. we are now using such as computers, internet, Windows and other software, telephones, TVs, radios, clocks, A/Cs, freezes, aeroplanes, cars, trains; taking allopathic medicines, having modern treatments; wearing comfortable stuffs like shirt-pant, underwear, eyewear, durable shoes, and many more stuffs for our daily needs. Can we survive well now without those useful stuffs and technology in this century? Can anyone show me the strong evidence that any of those things are invented by Muslims? Are we Muslims in any discovery or progressive work? I do not think so. Are we still proud of this failure?

I rest my case.