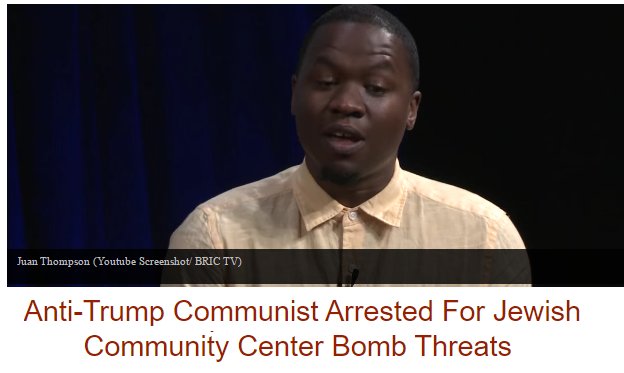 The Sunday, March 5, 2017 issue is another example of assassination journalism. Half of the so-called newspaper was this unfounded, non-sourced Russia-Trump conspiracy theory. No names or the use of unsubstantiated sources is routine. There's no proof Wikileaks worked for the Russians when they unveiled the level of collusion and fraud between the Clinton campaign and the liberal press. Unnamed "intelligence" sources that hide behind secrecy are never named, while "leaks" have become daily front-page events. Let's have some specific names or proof once in a while. The liberal press pushes rumor as news.

Yes Trump's campaign had been wire-tapped, etc. which is illegal. Ref. January 20, 2017, on Page A1 of the New York Times: Wiretapped Data Used in Inquiry of Trump Aides. Even they admitted nothing was found, but loaded the article with insinuations of malfeasance - none of this was mentioned in the Bristol Herald Courier hit job. More NYT yellow journalism!

The Herald Courier carries this even further. Once again half of the opinion page was Jewish bigot Dana Milbank* suggesting Trump supporters are Nazis and attempted to link us to Jewish cemetery vandalism and other anti-Semitic garbage. Milbank attacks Trump for calling Muslim terrorists, acting in the name of Islam, as Islamic. He bitterly attacks our rights to secure borders and vetting non-citizens as Hitlerist.

What you won't find is the Black liberal ex-journalist Juan Thomas** who was arrested for these Jewish hate crimes, not white Trump supporters Milbank and the alt-left press was hoping for. I'll bet that will never be on the front page of the Herald Courier. Also, the opinion page cartoon was another Trump slur while letters and opinions not deemed politically correct are still censored.

Nowhere in the Bristol Herald Courier has there been any renouncement of liberal racist and political violence (excuse me protests) across the nation. Another liberal college campus riot (Middlebury VT) shut down a speech by Dr. Charles Murray and landed one person in the hospital. Didn't hear about that in the Herald Courier? You never will.

Now if a white Trump supporter called someone from a specially protected victim class a name, that would be a front page hate crime story for days. Wonder how many blacks got shot in Chicago over the weekend by white racist Trump supporters? Didn't see that in the Herald Courier either? Must have been criminal Black culture, which is routinely suppressed in favor of a white racism narrative.

*If the press wants to bring up race and ethnicity into every conversation then I'll do it too.

**There's some claims Juan Thomas was a convert to Islam and like the Florida airport shooter is something the alt-left press would like to suppress. I have no confirmation and assume the claim is unfounded at this time. Now another man who is Jewish was arrested for these bomb threats, etc. Zero Trump voters. He has been formally charged.

As another writer says on Juan Thomas,

You'll note that the mostly buried MSM headlines and articles don't mention the fact that he's black or include a photo of him and don't mention his political persuasion allowing the 6 out of 10 Americans who only read headlines and even those 4 out of 10 who actually do read the associated article to think, "Aha, they caught that Nazi bigot Trump supporter." You can be sure the headline would have read "Trump supporter caught" if the situation had been different.

The loathing of the press is unhealthy to our democracy as is the perceived press lies and bias responsible for this attitude. Presstitutes be warned.

2016 has proven the mainstream press completely corrupt including the Bristol Herald Courier my local newspaper - I terminated my subscription of 24 years. They are the "fake news" more interested in propaganda than supplying facts. Wikileaks has exposed the mass collusion between Democrats and the press lap dogs. Wall Street scumbags have also been in on this as well. This is why we need alternative news sites such as this and many others. Before believing anything CHECK YOUR SOURCES! Get an education!

Update after offering a huge discount I renewed my subscription but have found the same bias and hysteria as before. So I'll spend my time exposing their bias and lack of objectivity.

Many news stories may be partially correct and often incomplete or suffer political correctness censorship and outright omissions. News reports are filled with crime reports in particular with large urban areas with high crime rates. The Chicago Tribune stated outright it censors the race of criminals after complaints on this by its readers.

They claim race has nothing to do with the story, yet as of November 2016 over 760 people have died due to violence in the City most of the victims minorities. But on the other end the media claims police racism because so many minorities are arrested, while censoring vital information proving the arrests are based on mass criminal behavior by these very "victims" of racism. Thus their reporting is not news, but propaganda designed to push a political position friendly to the left wing racists in the Democrat Party looking for votes.

Immigration and climate change are two of the most distorted and propagandized subjects out there. One will have to research multiple publications and put the information together. Subjects such as climate belong under earth science - ecology is a social science not a hard science and in particular social sciences have no relation to real science and poisons it on college campuses. It's difficult for the average person to deal with that subject without a science background.

Post election Bill Maher noted two destructive trends among fellow liberals and has warned them to repeatedly on this. "Political correctness bullshit" and refusal to deal with Islam. Even David Axelrod admitted scores of counties that went for Obama in two elections went for Trump, how could this be racism?

The press and ruling elite behind it depend not on facts or allowing open debate, but the authority of approved "experts", the same kinds of people that got all of the polls and the election totally wrong.

In Why Do Democrats Look Down on Voters? November 23, 2014 By Clive Crook, a liberal, says,

This syndrome of Democratic disdain, I think, has two main parts. First, liberals have an exaggerated respect for intellectual authority and technical expertise. Second, they have an unduly narrow conception of the values that are implicated in political choices. These things come together in the conviction that if you disagree with Democrats on universal health insurance or almost anything else, it can only be because you're stupid. Voters recognize this as insufferable arrogance and, oddly enough, they resent it.

Democrats who might be asking where they went wrong in the mid-term elections - not that many of them are - ought to give this some thought. The conviction that voters are stupid, however, isn't just bad tactics. It's also substantively wrong...having conservative values doesn't make you stupid, any more than having liberal values makes you smart...

Add in both parties in 2016. Virginia politicians of both parties have similar idiot attitudes towards economic development when it fails year after year producing nothing, then come back with millions more based on dumb academic studies only to fail again.