As shown by the studies below violent crime in particular murder and robbery are a black industry. Driven by self-inflicted social ills and being driven from the labor force by mass immigration black death rates have soared again mainly at the hands of fellow blacks.

The Washington Times (Oct. 12, 2017) notes that while everyone is focused on millionaire black football players attacking the National Anthem that,

More than any other demographic group, black men are paying the price with their lives with a surging violent crime rate over the last 2 years, including a 20 percent (or 900 per year) jump in the overall homicide rate...

This come as the rare police shootings of blacks has declined "from 259 in 2015 to 233 in 2016." (Source: 2016 FBI Uniform Crime Report and Manhattan Institute fellow Heather MacDonald.)

They note that it's true blacks are shot by police in disproportionate numbers based on population, based on levels of violent crime and behavior the numbers are low. Yet the Obama war on the police has led many departments such a Chicago to pull back on law enforcement leading to an exploding body count. 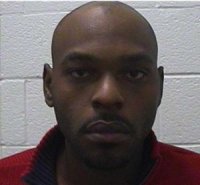 This is far too typical for the community - drug arrests. often by stupid people asleep in cars, having broken tail lights, etc.

The arrest stems from an investigation of a suspicious vehicle at Roadrunner Market, 1702 W. Market St. Officers arrived and made contact with Mr. Singletary who was asleep in the driver seat of the vehicle. A search of his person found drug paraphernalia and a large sum of cash currency. A search of the vehicle found addition items of drug paraphernalia, Xanax, methamphetamines, and marijuana.